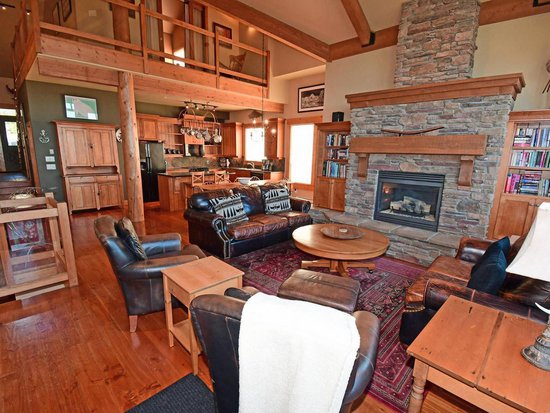 Big White is hosting the IPC Para World Cup at TELUS Park. Join in the the excitement as the International Paralympic Committee (IPC) holds on of the top level competition for Canada's paralympic athlethes in SBX and Banked Slalom events.

Take part in a ski cross series in an Olympic-quality race track, open for for skiers ages 8 and up. This two-day event will be held at TELUS Park, and will involve mentoring from the pros as well as race heats of 4 in a knock-out format.

Show off your skills on the rails and compete for some amazing cash prizes. The Rail Jam is open to anyone. Cost to register is $15, and registration opens on the day of the event.

Big White will be hosting two exciting Snowboard Cross competitions! Register as an athlete or a coach, or just head up to TELUS Park to cheer the participants on.

Click, click, snap! Photographers of all ages and skill levels are once again invited to the annual Big White Photo Contest. Showcase your works of art, while reliving the best times you’ve had this season.

See how well you know Big White at this free two-day event! Grab your Cruz the Blues passport, collect all the stamps off as many blue runs (intermediate) as possible and win some great prizes and a Cruz the Blues shirt! We all know that Exhibition is easy to find, but where the heck is White Tail?

St. Patrick's Day at the Village

Where to start... Maybe with chasing a leprechaun down the green runs at Big White in search of gold candy coins, or maybe with an all day best dressed competition? As if that's not enough then head to Happy Valley for backwards dancing, green beverages, lord of the dance and great Irish entertainment. And to top it off there's some fantastic prizes!

Many of our friends from Hawaii will be here so be prepared to say aloha to everyone in the resort. Make sure you pack that great Hawaiian shirt and practice your Don Ho "Tiny Bubbles". All of the in resort activities will have a Hawaiian flavour and look for some Hawaiian food and culture around the resort, surf movies and lots of other fun.

Easter Sunday begins with a church service in the Village Plaza at 8:30 am followed by the arrival of the Easter Bunny and an all day Easter egg hunt. Chocolate for everyone!

Have your team build the ultimate downhill dummy machine, fasten your crash test dummy, set loose and see what happens! All competitors and spectators meet at Happy Valley Adventure Park at 1:00pm!

"Celebrate Canada Day - Kelowna" is an annual, free community festival held in Prospera Place and Waterfront Park for residents and visitors to celebrate our nation's birthday. There are over 50+ activities and performances that are multi-generational and family-friendly, sure to entertain festival goers all day long.

Interior Savings Across The Lake Swim

Since its beginning in 1949 as part of the Kelowna Regatta, the Across The Lake Swim in Kelowna, BC has always been more a demonstration of swimming ability than just a race. Each summer, swimmers of all ages and abilities challenge themselves to swim 2.1 kilometers across Okanagan Lake, to test what they have learned, and to master the distance in whatever conditions Mother Nature delivers on race day. First time participants especially appreciate the feeling of accomplishment when they arrive at the finish line.

The 30th annual Apple Triathlon takes place in Kelowna. Come and cheer on the athletes as the swim, bike and run in the beautiful Okanagan.

What better way to take on the challenge of running a half marathon - 21.1 km - than to run amidst one of the best sceneries in the Okanagan? The internationally renowned Kelowna Wine Country Half Marathon will surely take your breath away (literally and figuratively)!

The Kelowna Hopscotch Festival has become an autumn tradition for the area, and is one event surely not to be missed. Enjoy the best of the best whiskies, beer and spirits from local and international markets. Get your tickets early and remember to drink responsibly!

Check out the fun, kid-friendly event at Lion’s Park - perfect to get you into the Halloween mood. The scarecrow festival gathers thousands of attendees every year from Kelowna and beyond. Participate in the Scarecrow Building contest, or just come and join in on the celebrations.

The beautiful Big White Resort is once again open for winter operations.

Spend the holidays where the sleigh rides are only a skip away, and there’s champagne powder on the slopes, you’re guaranteed a White Christmas. The resort will be transformed into a winter wonderland with dozens of twinkling lights, and lots of activities to do with the family. Go on a sleigh ride, and sip some hot chocolate by the bonfire to cap off the night!